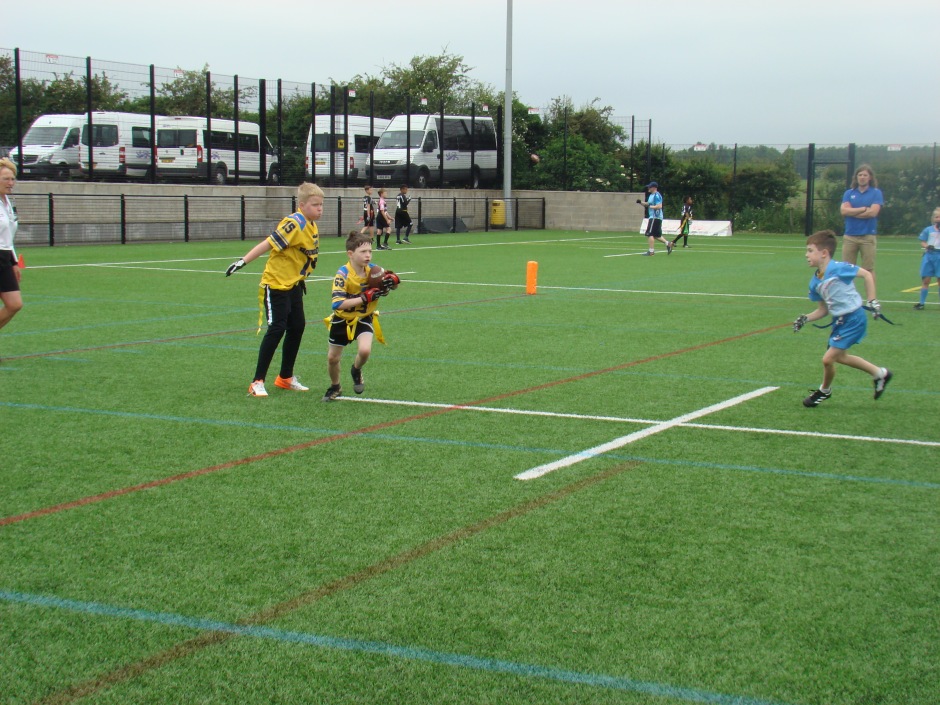 Sunday the 10th of June saw the HoundDogs U11’s Flag team travel to East Kent Mavericks in the latest round of the 2018 SEYAF Tournaments.

First up was a game against Kent Phoenix. The young HoundDogs teams saw a massive improvement form the last tournament but still didn’t manage the win. The HoundDogs want down with a score of 12-0 to the Phoenix. Play of the game for the HoundDogs came from Charlie Fairway as he stopped a rampant run from a young Phoenix player who was about to score a TD had it been for a fantastic chase back from Charlie to make the tackle just yards from the EndZone.

Next up for the HoundDogs debut against the newly formed South Coast Spitfires. The Spitfires

took the lead against the HoundDogs but the HoundDogs came back as QB Ben Boorer connected with Hayden Puttick in the corner of the Endzone. The Hound Dogs then managed to get the ball back with another couple of fantastic stops

from Charlie Fairway and almost took the lead thanks to the running pace of Max Clement-Lewis. However they fell just short. The Spitfires then took the lead and what was the winning score as the whistle closed the game.

Coach Luke Boorer added “Today has seen the U11’s make massive strides forward. They are short on numbers as a side and the 4 players are playing against squads of 15. It’s sometimes hard at training with such a small squad to run every drill and practise session that we want. But these four players turn up almost every week and have started to really gel as a team. With this tournament all the players made some fantastic plays throughout the day from Max’s running to Hayden’s catching. The biggest improvement came from Charlie on defence. He has really started to grow into a play maker”.

to Charlie Fairway for fantastic plays on both Offence and Defence