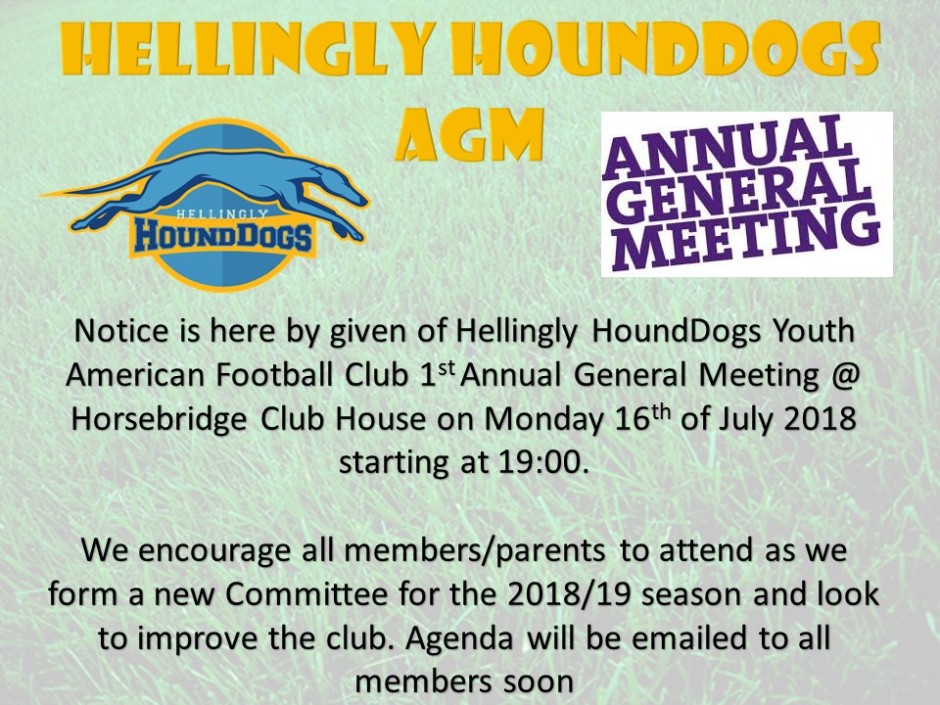 Monday the 16th of July saw The HoundDogs hold their 1st ever AGM. The club had been running on an Interim Committee since its founding back in May 2016. The AGM was held at the Club House on Horsebridge Rec and saw the 1st official Committee formed in the HoundDogs history. The new Committee consists of: