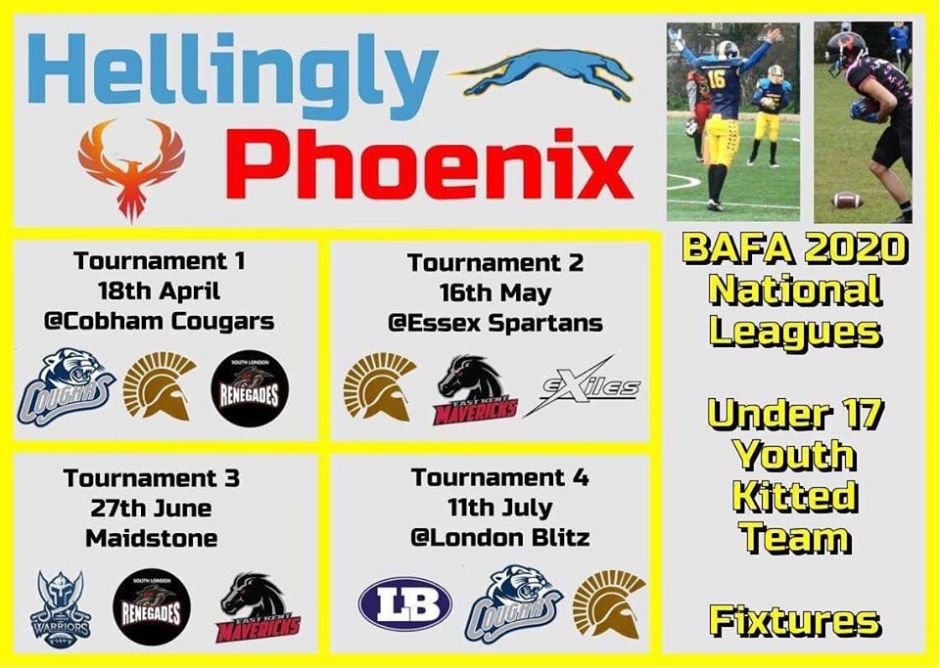 2020 will see the HoundDogs U16’s enter the national leagues. Teaming up with Kent Phoenix, the two sides will merge to form the Hellingly Phoenix which will see players from both sides, getting their first experience of league football.

The team will play in four tournaments, starting at Cobham on the 18th of April. the 27th of June will see the team host its home tournament at Kent Phoenix;’s home ground at Maidstone.

Both sides have had a couple of training sessions together and next weekend will see them join up with their Legion brothers as the two age groups take part in the 1st ever training camp.

We have been informed that @BAFRA are unable to provide referees for our game on Sunday the 3rd of July at home, against the @Wembley Stallions AFC . We are hoping that the #britball community may be able to help?
Great news!
This year saw a new trophy introduced to the #DogBowl awards.
@thanetmustangs winners of the 2022 U14’s #DogBowl
@solent_redstorm winner of the #DogBowl 2022.
Full results from yesterday’s U14’s #DogBowl tournament.