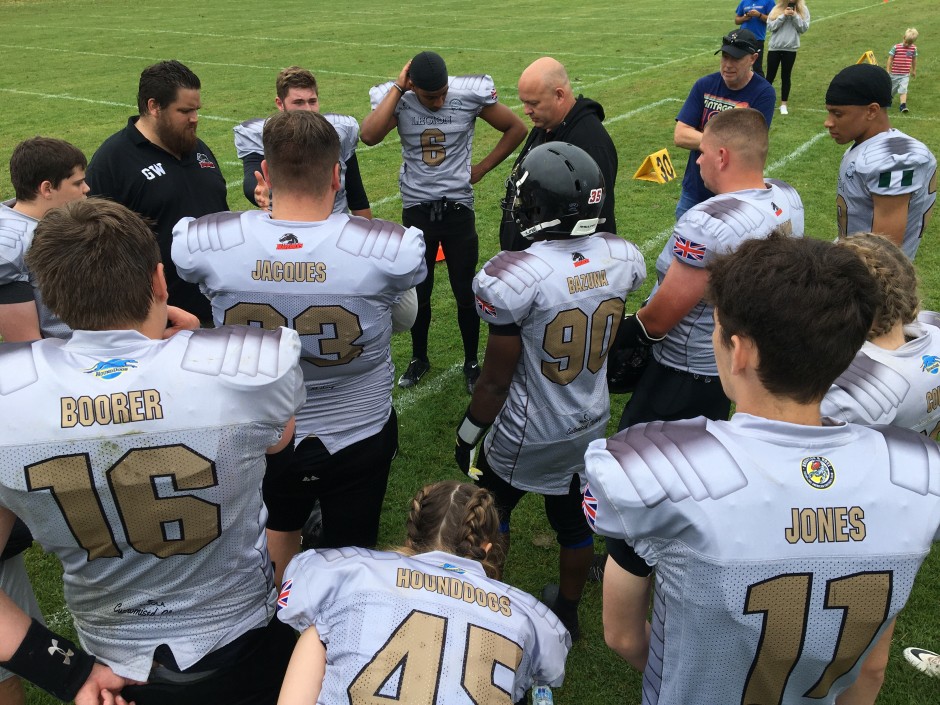 The South East Legion’s battle with the Thames Valley Tigers last Sunday saw the team make giant leaps forward from the loss a fortnight prior to the occasion. All of the HoundDogs on the team gave their all and played key roles in the close affair in Swindon.

With the loss of Alex “Russell” Edwards on the offensive line, the offense could have easily struggled to perform. But thanks to high quality performances across the board, the Legion were able to move the ball early and often, picking up countless first downs thanks to the dynamic running game. Hounddogs running back Roman Cameron was a big part of this deadly rushing attack. Under center, QB Jacob Boorer delivered another sterling performance once again showing off his chemistry with fellow HoundDog WR Riley Davis.

On the other side of the ball, the Legion were relentless and brutal when dealing with the Tigers offense. The first several drives saw repeated 3 and outs and not a single completion through the air whilst the Tigers rushing attack struggled to make it more than 3 yards at once. HoundDogs Stan Wilson and Harrison Kane were able to lead the defense to another impressive performance similar to the 2nd half of the last game at Wembley. Kane’s countless tackles and tackles for loss earned him defensive MVP for the game.

Next week, the SE Legion will welcome the Hertfordshire Cheetahs to Horsebridge recreation ground, home of the HoundDogs, for what will be the toughest game of the season so far.